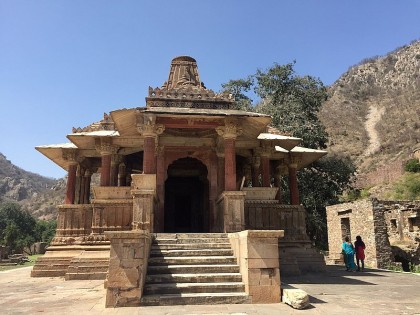 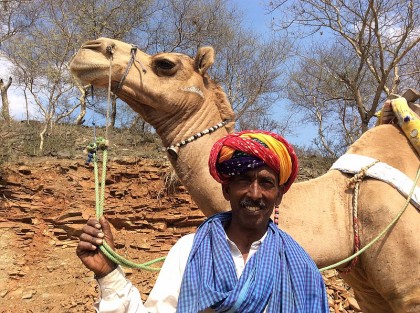 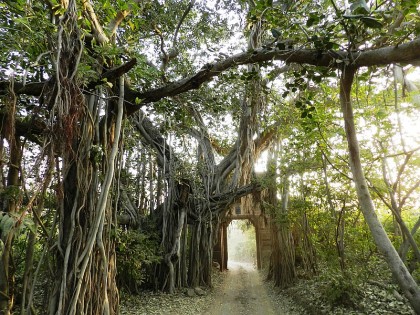 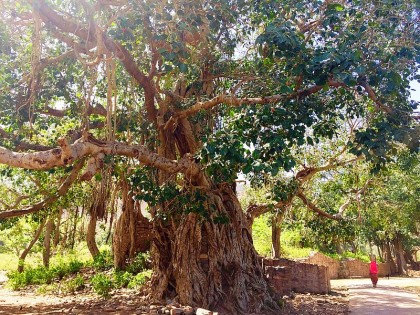 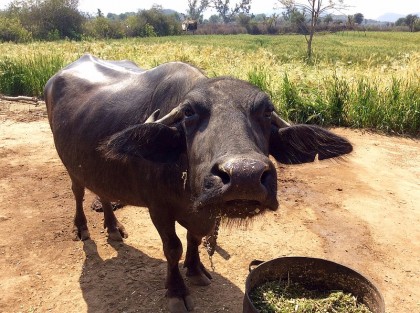 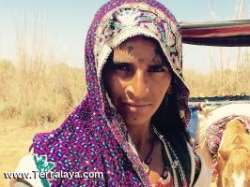 Rajasthan –  the Mystical Desert Land of the Maharajas

India's second largest state, Rajasthan, with its fascinating desert regions, the numerous monumental forts, magnificent palaces and picturesque markets offers to the present day the image of the legendary historical India, of the early nobility of the Maharajas. Situated in the the northwest of India, the country borders on Pakistan and shares domestic borders with Gujarat, Madhya Pradesh, Uttar Pradesh, Haryana and Punjab. Close to 70 million inhabitants are now living on the approximately 340,000 km² territory of the former princely states, and create in their traditional, colorful clothes and the bustling everyday life of the larger cities the image, which is often viewed as " typically Indian " in the West, thanks to various film and television productions of recent decades.

But actually Rajasthan is even considered as an exotic location among Indians, because the local desert landscape, and the culture which evolved in it, are rather unusual and represent a cornerstone of the wealth of contrasts on the Indian subcontinent. The landscape, and consequently of course also the flora and fauna, are very different from that of northeastern India and the Himalayas. In the east and southeast of the state are fertile plains, where the population traditionally engages in agriculture, and grain, pulses and cotton are grown. But the Northwest is dominated by the Thar desert, in which livestock breeders drive their herds from oasis to oasis, and breed sheep, goats and camels.

Many of the towns that have arisen around the oases, present themselves to the approaching travelers initially with a view of the sand-colored front of a mighty fortress, before one has passed by the havelis - the palatial houses of the former oriental merchants, and has paved ones way into the city center which has a vibrant marketplace – approaching a magnificent maharajah palace of 1001 nights. In addition to all the historical and modern splendor especially evident is in the peripheral zones of the cities also the contrast of the very poor India. Because the abandonment of the traditional irrigation systems has led to common water scarcity, and as a result, to impoverishment of the rural population in recent decades.

Fortunately now the efforts of many environmental and humanitarian organizations are bearing fruit, which store water of the monsoon thanks to the rediscovery of the Johads (small ponds), and have enabled a resurgence of the groundwater level. We invite you to tread with us the bridge to Rajasthan, and to dive into the world of the maharajas. Visit with us historical palaces and havelis, feel the vibrant pulse of the markets or pass through the Thar desert during a fairytale camel trek, which extends over several days. The mystical Rajasthan shows a pole of the Indian culture which is so rich in contrasts, without which the image of this fascinating continent is not complete.

From October to March Rajasthan has a moderate, dry climate: this is the ideal time to visit. The months of April to September are very hot, with daily values far above 30°C, July and August are additionnally the months with the highest precipitation, with an average of eight days of rain and corresponding humidity. In December and January the temperatures can decrease to below 8°C at night, accordingly warm clothing is recommended.

In addition to the indigenous people, the Adivasis, which consist mainly of the peoples of the Mina and Bhil, and which are accounting for about 14% of the total population and are settling mainly in the Aravelli mountain range, live in Rajasthan since beginning of recorded history Hindus of different castes. Accordingly, Hinduism is the religion with the most amount of followers, nearly 90% of the population identify themselves as believers. Approximately 8.5% of the population of Rajasthan are Muslims, especially in the region bordering with Pakistan, Islam is widespread. In addition, there are about 1.5% Sikhs and just over one percent followers of Jainism, a religion that was also founded already before Christ, and which has common roots with Buddhism and Hinduism.

The historic kitchen of Rajasthan did not only have to satisfy the refined tastes of the princes, but also had to be durable, transportable if possible and edible cold as well, because the heads of the tribes were often at war. In addition, the recipes were subjected to seasonal fluctuations in the availability of fresh food products, and the precious water needed in the preparation process had to be partially omitted. The result are unique recipes that contain, for example, asafetida as a substitute for garlic, or replace tomatoes with mango powder.

Today's cuisine of Rajasthan is of course largely aligned with that of the rest of India. Dhal, the stew made of lentils or other legumes is widespread and is complemented by a wide range of curry dishes. Even western food has particularly taken hold in tourist centres and hotels. One recommendation is, to try in any case the dessert "Lapsi", which is made from sweetened wheat. Otherwise applies - as everywhere in India - to consume no unpeeled or uncooked fruits and vegetables, and to pay attention to the personally acceptable degree of spiciness of food, chillies are often used abundantly in traditional cuisine.

Since Rajasthan is spread over two very different vegetation zones, also the flora and fauna are of great variety. In the sand desert Thar in the northwest of the country one finds, because of the dryness of the region, only sparse vegetation; especially grasses, thorny bushes and a few palm trees grow here. The wildlife still offers an amazing diversity of species, particularly insects prove outstanding adaptability. But also the mammals are represented by different types: golden jackal, Bengal tigers and Indian Leopard hunt for different species of antelope - but also for the goats that have escaped the protection of their shepherd and the flock. There is also quite a large number of camels, but of which only a few life wild. Regarding the bird species especially the demoiselle crane Anthropoides virgo needs to be mentioned outstanding, which is in seek of warm refuge in the winter months.

Southeast of the Aravelli mountain range Rajasthan benefits from significantly higher rainfall and the plant and animal diversity is more abundant. Typical semi-evergreen forests of rhododendron, banyan and sal trees cover the hills and valleys, and provide habitat for countless species of birds. Particularly woodpeckers (beautiful the lesser flame- backed woodpecker Dinopium benghalense) and parakeets fill the land with their voices, the sight of the omnipresent, often tame peacocks. At night various owl species take on the silent domination of the skies. Here too the Royal Bengal tiger finds areas of retreat, leopard and jackal hunt black antelopes Antilope cervicapra or monkeys - but also so many a stray dog lands on their menu.

The National Parks of Rajasthan were originally almost all set up as reserves to protect the Bengal tiger and have fortunately fulfilled their purpose well: the populations of the Royal Bengal tigers have recovered in recent years, and some even increased. Nevertheless survives the Tiger exclusively in the protected areas. Especially the Ranthambhore National Park in the eastern foothills of the Aravelli mountain range is worth a visit, and offers a relatively high probability of tiger sightings, the opportunity of seeing a a golden jackal Canis aureus, Indian leopard or the big cat "Caracal" Caracal caracal living only here. Without difficulty, this should happen with the numerous lemurs, whose cries announce the monkey hordes already from a great distance. Crocodiles or the sloth bear Melursus ursinus can also be found here, as well as in the somewhat smaller, but still attractive reserve Darrah.

In this densely forested, about 250 km² big National Park one can additionnally spot leopards and chinkaras, a type of gazelle found only in India. The Mount Abu Wildlife Reserve is a relatively new conservation area, which nevertheless maintains one of the most original landscapes of the Aravelli mountain range, and is almost completely free of traces of human civilization. It extends as far up as to 1722 m, up to the highest peak in the country, the Guru Sikhar. The fauna of the Thar desert is protected in the Desert National Park, which consists to 20% of sand dunes, otherwise it is composed of sites with rock, salt lakes and overgrown dunes, and for whose entering a separate approval needs to be obtained. Desert fox and desert cat are the special residents of this protected area, otherwise mainly ornithology enthusiasts will be delighted to see the variety of birds. From the national bird of Rajasthan, the Indian bustard Ardeotis nigriceps over various types of bee- eaters (especially the blue-tailed bee-eater Merops philippinus and the green bee-eater Merops orientalis) to the demoiselle crane countless birds give a rendezvous and fill the air with their cries.

Also the Mountain scenery of Rajasthan is unique, after all it forms the transition from an extremely dry sand desert in into a fertile, flat region. The Aravelli mountain range which stretches from southwest to northeast through Rajasthan, reaches with the summit Guru Sikhar a maximum height of 1720 meters above sea level and impresses with its stunning flora and fauna.

The territory of the modern state of Rajasthan consisted historically until the beginning of the British occupation of individual princely states, which existed side by side for centuries. As a peaceful community these princely states could not be described, because even though some rulers allied with each other and were trying to strengthen these alliances through marriage, it came to border and inheritance disputes again and again. However into larger conflicts, concerning large parts of the region, the princes were not involved. With the arrival of the British in today’s India in the 19th century, the princely states were at first placed gradually under common management, and finally dissolved in the state of Rajasthan.

The economy of Rajasthan has been suffering considerably under the increasing aridity of the land, it is only thanks to the efforts of environmental organizations, that have led to a new rise of the groundwater level, that it is again somewhat on the upswing. For the most part, the economy is still based on the agricultural sector. On the fertile soil in the southeast barley, maize, millet, wheat, pulses and cotton are being cultivated, most of which are needed for the sustenance of their own population. The cotton, as well as the income of the cattle herders, who earn their livelihood also in the drier areas, as far as in the Thar desert, is flowing in the direction of the domestic wool industry, to the carpet weaving mills respectively, which are another economic mainstay. In the Aravelli mountain range, there are activities due to the breakdown of marble, gypsum, mica as well lead and zinc ores.

Also in Rajasthan the dates for festivals and holidays are set according to the lunar calendar, so that they take place annually on different calendar dates. Basically in Rajasthan in particular the Hindu festivals are celebrated in honor of the gods, but also regionally unique celebrations provide a wonderful picture of the colorful culture. To be mentioned here is certainly the "Desert Festival" in the Thar desert, which is being organized in January or February and has a duration of three days.

In colorful, traditional costumes, folkloric songs and dances are being presented, and the men participate in the competition for the most beautiful mustache or the most intricately wound turban. Also the camel festival in Bikaner is typical for Rajasthan, it is opened with a parade of colorfully decorated camels and serves from time immemorial as a competition between the camel drivers of the desert tribes. Today of course, the entertainment of the audience is in the foreground, and the camels demonstrate, in addition to their strength, mainly dressage skills and the program is rounded off by various folklore performances.